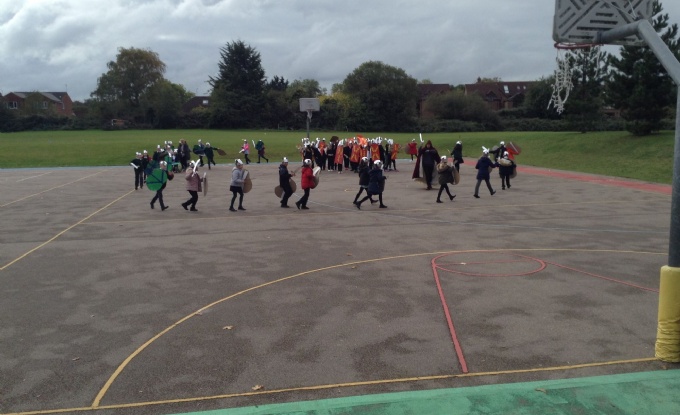 The Battle of Watling Street

History repeated itself this afternoon, when the Celts led by Boudicca, faced the Romans in the Battle of Watling Street.

The Celts were running around screeching and waving their swords in the air. The Romans formed up into their favourite testudo formation. Nowadays, we call this a tortoise.  The soldiers made a square and at the command ‘testudo’ they placed their shields in a protective ring. We were following the orders of a senior legionary who had fought in many fierce battles. We all felt safe following their instructions.