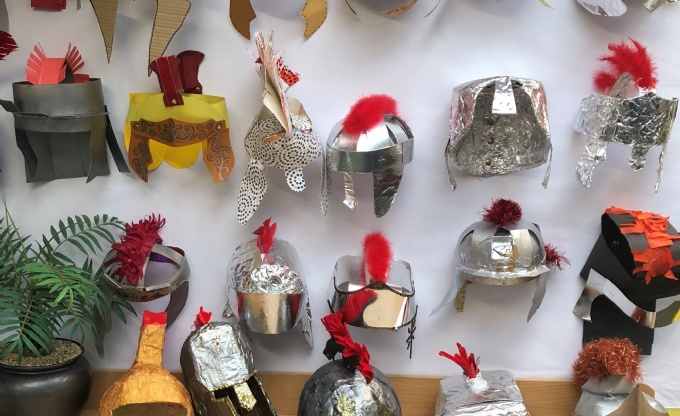 Year 4 took part in a Roman battle on Friday 25 October.

The children dressed up using a number of props which they had made themselves, including: a shield, a sword and a Roman helmet (which was made as part of their Roman homework project earlier in the term). The children marched, followed commands in Latin, formed a tortoise formation and re-enacted a battle. This was a thoroughly enjoyable experience for the children to bring their Roman topic to an end. After half term, the children will be studying, in contrast, life in Modern Italy.