We were so pleased to receive the picturenews impact award for the children's contributions towards creating a positive impact on our world.

We have been recognised with this award because our children really do make a difference to our world. 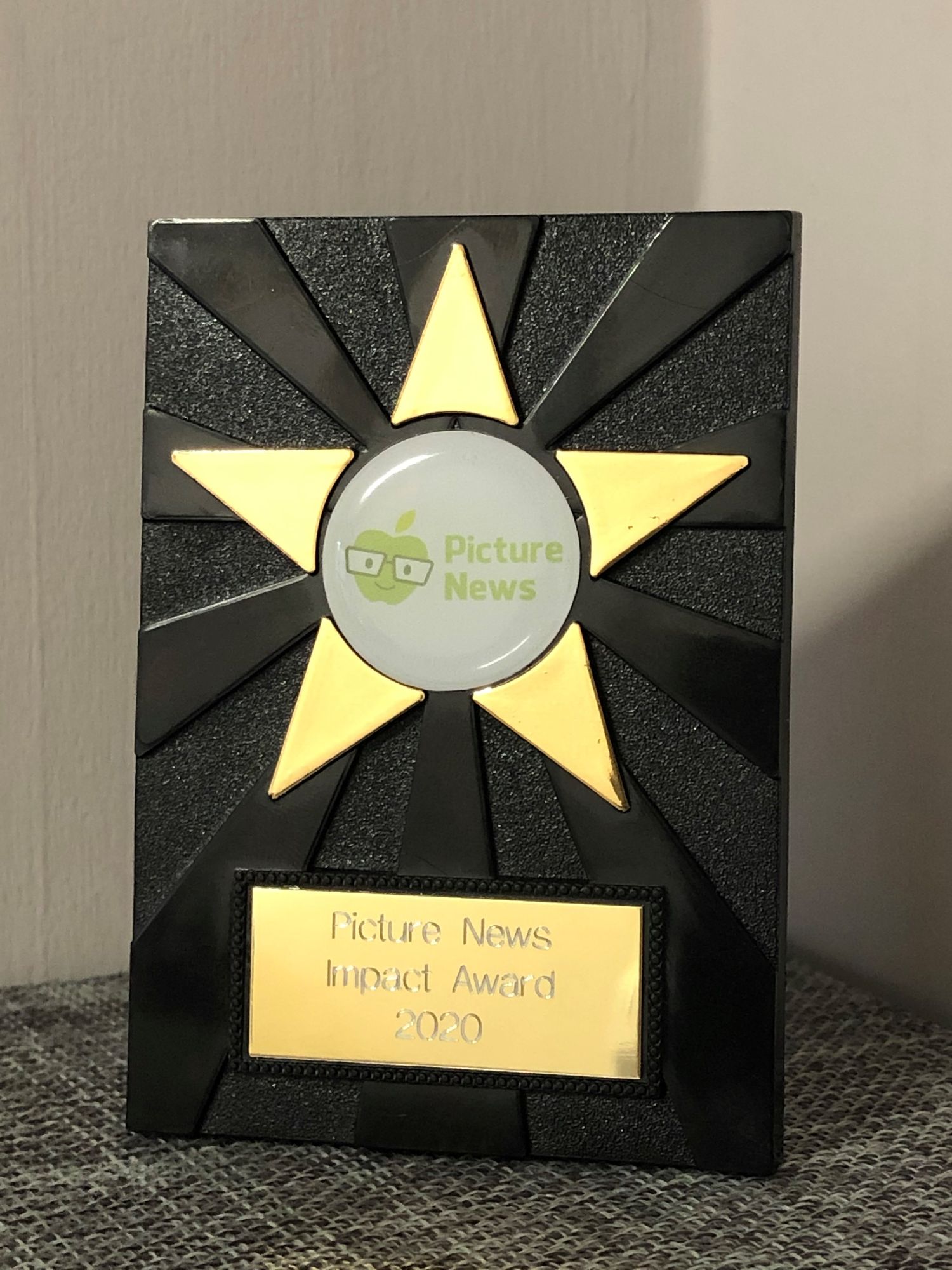 Two years ago, we decided to move away from the National Curriculum in year 5 for half a term in the Autumn to focus on the still current, topical issue of ‘reduce, reuse, recycle’. As an academy, we have the flexibility to not follow the National Curriculum as rigidly as Local Authority schools, but this was still a bold decision as we were due an Ofsted inspection in the near future. When Ofsted did make their visit in November 2019, we were delighted that they commented that the school had “developed a curriculum that captures pupils’ interests and imagination.”

The half term’s unit of work was designed initially to look at plastic pollution in the oceans, our own recycling habits and thinking about the impact of buying products with palm oil on animal habitats and the rainforest. Last year, year 5 even chose to donate their Christmas money to adopting an orangutan called Archie from WWF instead of receiving their own gifts. We later had comments from parents that their children are checking the packaging for palm oil on their weekly shop and they have now been encouraged to make more ethical choices!

A writing support group made up of children with varying special educational needs also looked at the work of Jane Goodall with chimpanzees and wrote her very passionate letters about their learning. To say the children's response was overwhelming is an understatement! Most of these children have never before written with such endurance or using such emotive vocabulary. They were thrilled to receive a reply from her. Over the last couple of years, this unit of work has been adapted and grown with the views of the children and the community.

Our school council have been brilliant at passionately campaigning for change within the school and we now religiously recycle every crisp packet, plastic pot, batteries and food waste on top of the usual recycling in Milton Keynes. We have since become a TerraCycle collection point for other members of the community too! Our LS news reporters have featured articles about palm oil and saving the orangutans in one of their children’s newsletters. Ofsted noted that “Pupils take their different responsibilities very seriously. For instance, the ‘green team’ looks to increase the proportion of pupils walking to school. Pupils are proud to receive awards for helping to keep the planet ‘green’.”

Once again this year, the year 5 children have been passionate about this unit of work and were inspired to find out just how much single use plastic their family uses in 1 week. They then found out how much was used within their class and wider year group and were absolutely shocked!

Well done to all the children who have been inspired by this unit of work and are campaigning for a better world of tomorrow. This award is for you.